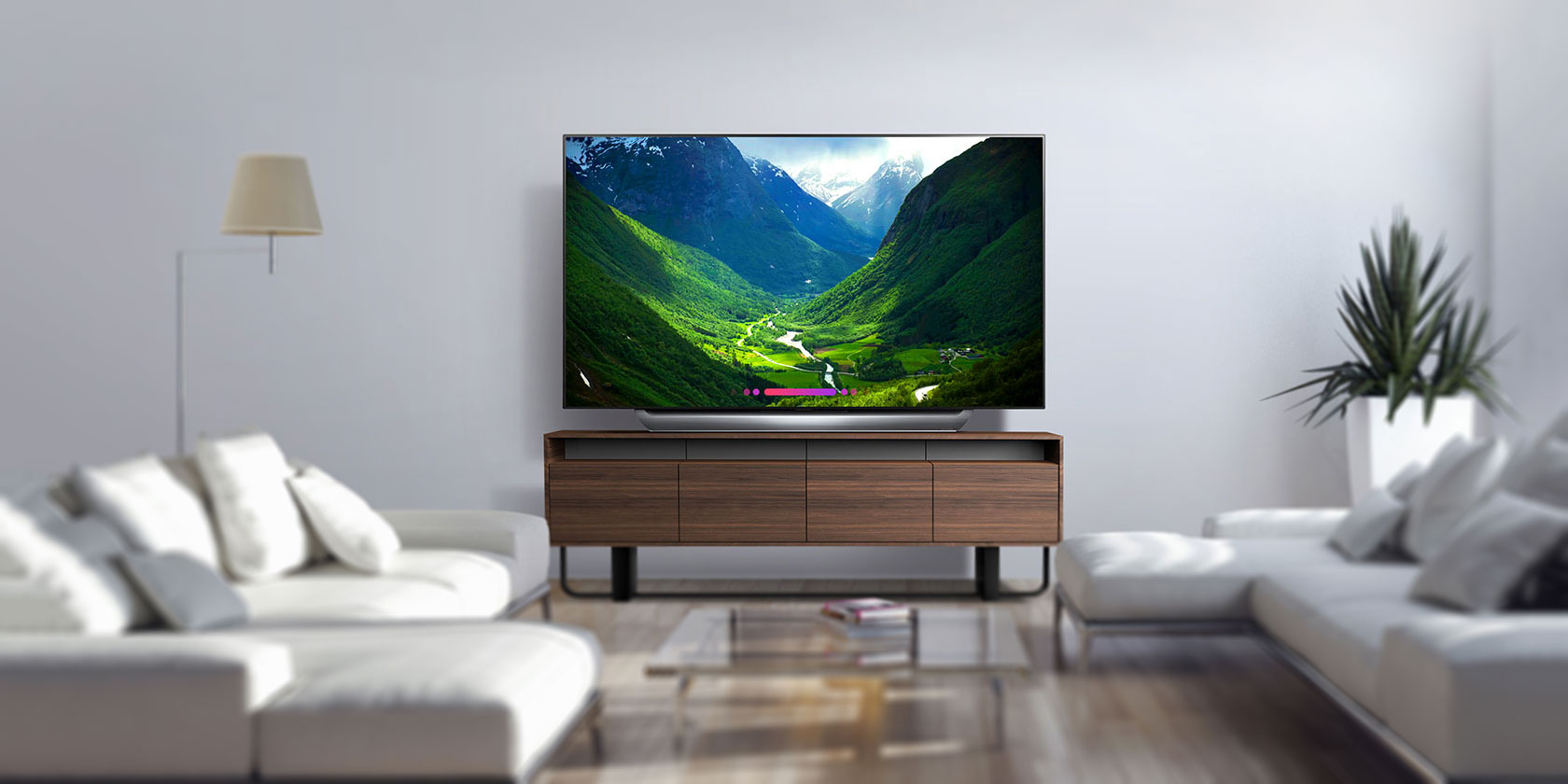 Television technology is progressing at an astounding rate. And while the increasing prevalence of streaming devices means smart TVs aren’t so useful anymore, the quality of the displays continues to go from strength to strength.

The latest “big thing” is OLED displays for TVs. Three manufacturers lead the way: LG, Sony, and Panasonic. Let’s take a look at the best 4K and 65-inch display from each of these three companies.

What Is an OLED TV Screen?

OLED stands for organic light-emitting diode. OLED screens use organic compounds that light up when they receive electricity. That means each individual pixel emits light, unlike LED televisions which require a backlight.

At a consumer level, it means you can enjoy more vibrant contrasts, a better range of colors, and wider viewing angles. Perhaps most notably, because each pixel is powered individually, they can shut off entirely when displaying black, giving rise to much deeper dark colors.

In contrast, the size of LED lights means each light illuminates several pixels, thus reducing the crispness of the picture.

LG OLED TVs are the most popular on the market right now. They offer the widest color range, the slimmest designs, and “Picture-on-Glass” technology. Picture-on-Glass refers to the placement of the OLED lights; they are attached directly to the rear side of the screen.

You can enjoy state-of-the-art OLED HD upscaling and dynamic tone mapping that improves HDR output. 2018 has also seen the introduction of a new Alpha 9 processor. It can make high-definition images appear to be almost at 4K quality, reduce image noise, and dramatically reduce banding. If size doesn’t matter and you’re purely interested in enjoying the best 4K output, the LG OLED55C8 (C8 for short) is the winner.

Even though the model does come in a 65-inch version, the 55-inch set offers the best value for money. Many reviewers claim it’s the best TV they have ever used.

Away from the screen, the TV has four HDMI ports and three USB ports. If you have the money and want to jump up to a 65-inch screen, the LG OLED65W8 (W8) is the best option. Famously dubbed the “wallpaper TV” for its exceptional thinness, it comes in 65- and 77-inch versions.

Like the C8, it’s powered by the Alpha 9 processor, meaning you’ll enjoy all the benefits we’ve already discussed.

The W8 also benefits from a stunningly high frame rate of 120 frames-per-second. As such, it can support the new HFR signals and should future-proof you for a number of years.

Sony took a surprisingly long time to enter the OLED game. Well, assuming you discount the $ 3,000 11-inch model that it released back in 2008.

Whereas LG runs on the webOS platform, Sony uses Android TV. Whether you think this is a good thing or a bad thing depends on where you stand on the best smart TV operating system debate. The received wisdom is that webOS is the better of the two, though Android TV works seamlessly with Google Home.

The most unique thing about the Sony models is the sound. While most TVs use traditional speakers, on Sony OLED TVs, the screen is the speaker. It vibrates to produce the output. As such, no sound emanates from around or behind the screen. Sony only offers two OLED models, the A1E and the A8F. Of the two, the A8F is a better television, meaning it’s simultaneously Sony’s best 4K and best 65-inch model. A 55-inch model of the same set is also available.

It’s powered by the X1 Extreme processor. The processor offers real-time processing that can scale each frame individually. This means that, like the LG models, the TV can turn HD video into near-4K quality. The screen also has Dolby Vision, and its HDR feature aims to replicate a cinematic experience when you’re watching films or gaming.

Lastly, the A8F has a host of smart features, including built-in Chromecast, Amazon Alexa, Google Assistant, voice search, and access to the Google Play app store. These are just some of the things you should consider when buying a smart TV.

The last of the “big three” is Panasonic. Curiously, Panasonic televisions use LG displays, so much of what we spoke about earlier regarding color gamuts, viewing angles, and contrasts also applies here.

Panasonic’s use of LG screens only started in 2016 with the release of the TX-65CZ950. The collaboration began because the company disbanded its OLED lighting department in 2014.

Sadly, Panasonic TVs are no longer available in the U.S. The Japanese giants withdrew from the market in late-2016. Rumors persist about a return, but the company has remained tight-lipped.

Still, if you live in Canada or Europe, which set should you buy?

It comes with an HCX processor, dynamic LUTs, Dolby Vision, support for HDR10+, a Dynamic Scene Optimizer, and a Technics 80-watt speaker.

The HDR support is a notable upgrade. In 2017, Sony was the only company offering the technology, but today, it’s commonplace. The HDR10+ support adds scene-by-scene HDR optimization.

The FZ950 also supports Hybrid Log-Gamma. The technology isn’t in widespread use, yet. It’s very much one for the future, but it’s pleasing to see it included.

Under the hood, the TVs run on Firefox TV OS. It’s arguably the least pleasing of the three operating systems we’ve mentioned in this piece. It is the TV of choice for filmmakers. Indeed, the Studio Color HCX2 processor was tuned by a Hollywood colorist.

The TV also boasts a THX-certified display. The THX company was founded by George Lucas. In order for a TV to earn the certification, it needs to pass 400 lab tests across more than 30 categories.

Away from the screen, it comes equipped with Bluetooth support, four HDMI ports, a web browser, and an app store.

Other OLED TV Manufacturers to Know About

In this article, we’ve only looked at OLED TV models from the big three manufacturers, but there are plenty more out there which deserve your attention.

If you’d like to research a few more alternatives, check out the Bang & Olufsen Eclipse and the Philips 55POS9002. And don’t forget Samsung. The Korean company doesn’t make OLED screens but does offer high-quality QLED products.

And if you want more information about 4K televisions before you make a purchase, we’ve got you covered. You can discover whether a 4K HDR TV is good for gaming, learn if you should buy a TV now or wait a bit longer, and read about affordable 4K TVs you can buy right now.