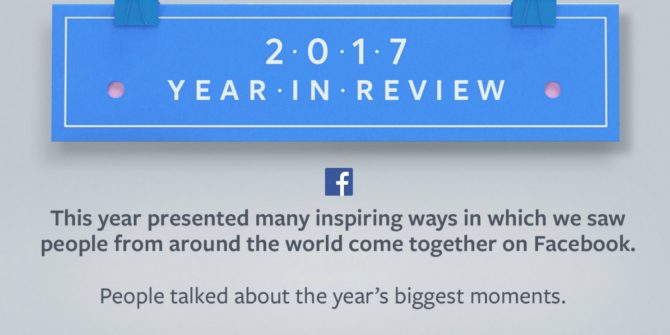 You have probably had a year of ups and downs. That is, after all, pretty much standard. However, on a global scale 2017 won’t go down as a feelgood classic. There have been terror attacks, natural disasters, and a political atmosphere where everyone seems to hate everyone else. It’s against this backdrop that social media sites are publishing their reviews of the year. And Facebook is no exception. Facebook has not only produced its own Year in Review, it has also made little videos for every one of its users. Whether or not they want to be reminded of 2017….

Read the full article: Facebook’s Year in Review: How 2017 Sucked